I wish I was a sleeping cat

The day I met the Jonas' brother

(Ok, ok, it was his little sister. But it would have been funny, don't you think?)
*First of all, I apologize for the mediocre english used in this text. Careful: it might hurt sensibilities. I want to make clear I never meant to do it. I must say I owed a post in english to my beloved Czech Chocolate Queen, it's for you cute Reni!
There I was: driving to the airport, willing to meet a completely stranger.  <<Hopefully the flight's delayed. It would be great>>.
- It's a routine inspection, may I check your boot please?
- Sure. - I wasn't worried, not in the least. My boot was as empty as my wallet most of the time.
- Could I ask you something? where should I park?
- Better B or C, I wouldn't go to D though.
I had forgotten how huge the airport was. Indeed, everything is bigger in Madriz. Nothing to do with Edinbra or Denmark. Though I've never been in Denmark. Please, focuse. Which number was the flight? It's unlikely there's more than one flight from Copenhaguen today this time. Bingo. Exactly the door in front of me.
My mind is kind of hazy. What should I talk about? what's the right talk for a completely stranger? will I be able to even pronounce something in english? will I have to use my hands making my own version of the universal language of signs as if I were a retarded?? My chest heaving up and down from my struggle. Gosh I'm in trouble.  What if I stutter, which I'll probably do? What am I supposed to do, for God's sake?
DOORS OPEN.
There she is. Even though I've never seen her in my whole life, she's definately her. She looks exactly like her brother, but prettier (no offence:) I stand up staring at her in order to be sure. There's no doubt.
-Hi! How are you?- wow, that was easy. Despite of my punishable english accent she understands. Then she smiles, and her smile is so sweet that it encourages me to speak my crappy english. I'm nervous not just for being talking in a language I barely know with a (now half) stranger, but also 'cos I have no idea where or how I can get my car back. Cool. But she laughs while I'm telling her, and her kindness has a relaxing effect again.
-What's your plan there, in Southamerica? C'mon, let's talk in spanish. ¡No sé! that was too easy. Ok I'm lost Marie, I have no idea where we are. Shit, a toll. Do you have coins with you? I've been living in Italy. How's living in Canadá? Oh yeah your brother. He's deeply marked by that film! He said something about a microphone, btw. Dear Lord we are so far away! Yeah, sorry, I was saying that... if you see "Manuel Becerra", please tell me inmediately!
She must think I'm a real and utterly retarded, but she says I'm so cute! instead, and my love for her duplicate its size. I'm driving her crazy (literally) and she thinks I'm cute. love is not enough. Finally we park in Ventas. I wanted to show her a real bullring. She says it's so big and beautiful, but I'm so absent-minded and confused after the trip that I answer an almost rude "psché". Then I say I'm not proud of that tradition, but I forget to tell her that some important concerts take place there as well. How rude. Too late to fix it, let's go to the city centre.
- What about your boyfriend? yeah, I know exactly what you mean. Ofc I jump for joy when they ask me for my ID, excuse me? that's what they should do always. They have no idea, we're amazingly young. This is our stop! let's get off.
Sol. Sun, in english. As the sun is the centre of the solar system, Sol is the centre too. Not only of Madrid, but also of Spain. It's called "Km 0" and it's here. I try to explain it to her, but my english is (even) worse. She thinks it's a joke and I laugh with her. Her laughter is incredibly infectious.
-Let's order some beers, do you want something to eat?
I advise her to try pan tumaca. I think she likes it (otherwise she could be an awesome actress). What about your mum? I don't really know what my dad does at work. Time goes by. It's getting late, and we are short of time for going back to the airport.
Finally got there. Even though I drive without my beloved (and needed) glasses while she's trying to find them in my messy handbag all the way long. I'm so under pressure that I firmly believe that my amazing intuition and mental powers are leading us to the airport. It's not to show off but I get really special sometimes. Ha.
Ok, here we are... again. I hear "thanks" ten times at least, but I feel the duty to say the same instead of "you're welcome". That was fun! Have a nice trip, and even now.. still wish you the same, you tiny and amazingly young girl!
I go back home afterwards, wondering why I'm thinking it's a shame that she's leaving to Ecuador instead of staying here in Madrid. It's hardly been 3 hours since I've met her. Gingerbread, ginger people. There must be something really good in the word "ginger".
From Madrid to Ecuador, with lots of love to the cuttest ginger ex-stranger girl I've ever met
Publicado por Lady Madriz en 6:53 No hay comentarios: 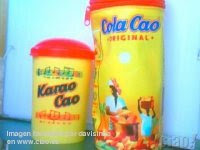 Tell me you're joking 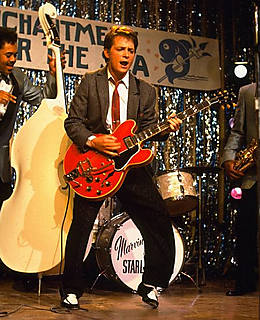 Hundred of nightmares before Xmas

A piece of heaven

Poder decir YO SOBREVIVÍ A ESTO.